Has Conservative Discourse on 377A Run Its Course?

Singapore is a non-liberal democracy where the prevailing shared values are based on “nation before community and society before self”. The government has embraced the Confucian notion of “government by honourable men” who have a duty to do right and have the trust and respect of the population and rejected limited government, a concept it characterized as a “Western idea” unsuitable for local circumstances. The criminal law is thus seen – in the words of Singapore’s apex court – as “the public’s expression of communitarian values to be promoted, defended and preserved”.

Like many other places, social and moral norms are increasingly contested, prompting cautions from the Singapore government against importing the “culture wars” of “Western societies”. More than three decades ago, the government expressed concerns that “[traditional] Asian ideas of morality, duty and society which have sustained and guided us in the past are giving way to a more Westernized, individualistic, and self-centred outlook on life.”

Controversies over lesbian, gay, bisexual, transgender, queer, etc. (LGBTQ+) issues are one site of such contestation. In this debate, Singapore’s sodomy law – Section 377A of the Penal Code – has effectively become symbolic of moral conservatism on sexual orientation or gender identity (SOGI). One political party has characterized Section 377A as “a proxy combat zone for other issues like the sanctity of traditional family structures, marriages, parenthood and gender identities.”

They are not wrong.

Conservative discourse over the law criminalizing homosexual activity, however, has revealed certain significant gaps in tone and scope.

Section 377A of the Penal Code

Section 377A of the Penal Code, enacted in 1938, while Singapore was still a British colony, criminalizes acts of “gross indecency” between male persons, whether in public or private. It was based on section 11 of the Criminal Law Amendment Act 1885 in the United Kingdom, introduced by Henry Labouchere, more commonly known as the “Labouchere Amendment”.

When amending the Penal Code in 2007, the Government decided to retain section 377A of the Penal Code without proactively enforcing it. The Government noted that public feedback on the issue was “emotional, divided and strongly expressed”, with the majority calling for its retention.

The decision was made to keep the status quo in order to “uphold a stable society with traditional, heterosexual family values, but with space for homosexuals to live their lives and contribute to the society.” The Prime Minister advised that it was better to allow the situation to evolve gradually, and to “stay one step behind the frontline of change; watch how things work out elsewhere before we make any irrevocable moves”.

The law has survived various constitutional challenges. Singapore’s apex court in 2014 held that Section 377A did not violate the rights to life, personal liberty or equality under the Singapore Constitution, and emphasized that it would be up to Parliament to amend the law if it saw fit. A second series of challenges was dismissed in 2020 by a lower court, and the verdict’s appeal has just been dismissed by the apex court.

Arguments Against Section 377A

The fresh round of debates over Section 377A, as well as the second set of constitutional challenges, had been prompted by a 2018 Indian Supreme Court decision which struck down its sodomy law Section 377 of the Indian Penal Code.

Arguments in favour of repeal of the law have since gone far beyond personal autonomy, free consent or the separation of law and morality. Instead, they are now being framed based on assertions of discrimination based on one’s very identity as defined by their SOGI. New arguments for repeal also include assertions about the inability to have self-fulfilment and freedom to express oneself in those terms.

Pink Dot, the leading LGBTQ+ organization in Singapore, argued that Section 377A “treats an already unprotected segment of citizens as unequal by characterising them as unconvicted criminals” and “serves no function in the Penal Code except to perpetuate discrimination of a marginalized community”.

Non-governmental organization Maruah argued that the presence of Section 377A on the statute books has continued to “marginalize LGBTQ people, causing them to be regarded as less than full members of society, and often feeling that they must hide who they are because of their gender identity or sexual orientation.”

In an opinion piece, former Attorney-General VK Rajah appealed to the claim that sexual orientation is inborn or an “innate trait” – a claim which is not scientifically proven – and added that: “Concerns about future imponderables do not justify the continued criminal stigmatisation for an innate trait.” Citing “international studies”, he wrote that there were “inordinately high suicide rates among LGBTQI youth as a group”, and blamed Section 377A for stigmatizing such individuals.

All of these perspectives reflect the dogma of expressive individualism, where the ‘self’ is essentially psychologized, sexualized, and politicized. As Carl Trueman observed, these debates are not primarily about sexual behavior, but about identity, “of who we think we are at the most basic level”.

By contrast, conservative arguments in favour of 377A’s retention have focused almost exclusively on the moral and social consequences of repeal.

In a response to former Attorney-General VK Rajah, constitutional law professor Thio Li-Ann wrote in an opinion piece that “whether homosexuality is genetically innate, chosen behaviour, or a mix, is a highly complex matter”. She added that sodomy laws draw a clear societal distinction between homosexual and heterosexual acts, arguing that, from the experience of other jurisdictions as well as legal principle, “there is a straight line between decriminalizing sodomy and down the line, legitimating same-sex marriage”.

Statements from Christians and Muslims have likewise focused on the morality of homosexual behaviour and the message conveyed by the law. Reaffirming its 2003 statement on the matter, the National Council of Churches of Singapore wrote that “the homosexual lifestyle is not only harmful for individuals, but also for families and society as a whole.” It warned that the repeal of Section 377A would result in a slippery slope due to the “normalization and promotion” of homosexuality, with “undesirable moral and social consequences”.

Similarly, the Singapore Islamic Scholars and Religious Teachers Association (Pergas) opposed the repeal of Section 377A on the basis of “religious grounds” (citing passages of the Quran), and also out of concern for “moral and social values, that can affect the family institution as well as the fabric of society.”

In a much longer pastoral letter to his flock, the Catholic Archbishop stated that he would not object to a repeal of the law “if it were merely aimed at removing all potential criminal penalties against homosexuals”. However, he opposed repeal “under the present circumstances”, until and unless Parliament “puts in place a formulation that more perfectly encapsulates the spirit of the law” guaranteeing various protections for norms of marriage and family.

Although public morality and social concerns are extremely important dimensions to the debate, and although all of the above religious groups have also emphasized the intrinsic worth of all persons and to treat people who identify as LGBTQ+ with respect, in an evolving rhetorical landscape, they are insufficient to answer the deeper challenges at hand posed by the new pro-repeal arguments.

Conservative arguments have largely addressed only the third of the three questions that – in the words of the late Rabbi Lord Jonathan Sacks – every self-reflecting human being will ask at some time in their lives: “How then shall I live?”. It is a question about moral values, rights and duties.

Conspicuously absent in conservative discourse are answers to the first two deep questions of “Who am I?” (identity and belonging) and “Why am I here?” (meaning and purpose).

Why the Gap in Discourse?

There are various possible reasons why conservatives in Singapore have typically focused on social and moral consequences in their public discourse over SOGI.

One possibility may lie in the fact that in Singapore’s multi-religious society, where no one religious group is in the majority, it could be difficult to reach a consensus on deep questions of identity and meaning.

Another possibility may lie in the fact that the Singapore government has regularly emphasized the secularity of the State. Since the Prime Minister has said that public debate ought to be on “secular rational considerations” and “public interests”, the conversations have tended toward material considerations rather than philosophical ones.

A final possibility may be because it is simply too difficult to articulate answers to the three fundamental questions in the first place, with or without appeals to religious texts.

However, an omission to address all three of the fundamental questions – “Who am I?”, “Why am I here?” and “How then shall I live?” – would leave a seeker with no compelling moral vision to aspire towards. At worst, it leaves seekers with a sense of moralism without meaning.

What is at Stake Here?

At stake in debates over SOGI are questions far beyond those of behaviour and the morality thereof. The debate is fundamentally one over human nature, the relationship between body and mind (or spirit, soul, or psyche), sex and gender, and the roles of institutions such as families, religious communities and the State.

in this view, the quest for ‘self-fulfilment’ lies in finding and expressing one’s ‘true self’ regardless of the dictates of one’s physiology, community or society, while change or suppression of one’s SOGI is seen as harmful and immoral.

In response to this “faulty anthropology” – to borrow the term used by Ryan T. Anderson, the challenge and opportunity for conservatives of all creeds is to articulate a proper anthropology and address the deep search for meaning without descending into false utopianism or ideological dogmatism.

1. Firstly, in response to the resurgent neo-Gnostic idea that human beings are “non-bodily persons inhabiting non-personal bodies”, there is a need to recover and articulate a proper understanding of human nature. Every human being is simultaneously an indivisible embodied ‘self’ with inherent dignity, and an individual profoundly shaped by interpersonal and communal relationships.

2. Secondly, on our shared path toward meaning, all (including religion, philosophy, science, and the arts) can play a role in helping to illuminate the paths of truth-seeking. We must foster a deeper sense of curiosity, awe and wonder about things beyond ourselves. In the words of Viktor Frankl, one becomes his true self “not by concerning himself with his self’s actualization, but by forgetting himself and giving himself, overlooking himself and focusing outward.”

As both sides of the debate implicitly recognize, beyond the contentious issue of the retention or otherwise of Singapore’s sodomy law lies the much larger debate concerning the values which advance the common good and which ought to be enshrined in law. A comprehensive social conversation on the matter must therefore take into account an accurate anthropology of the human person, and include a sense of purpose and meaning. 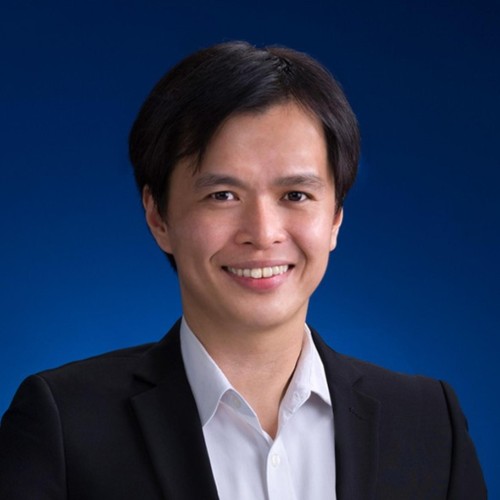